Please note that we are no longer processing boiler grant applications. October 2019

Unless you’ve been living in a cave these past few years there’s a very good chance that you’ll have heard all about the Government’s energy company funded boiler grant scheme. In a nutshell, if you’re on specific benefits and meet set criteria there’s a free boiler grant out there with your name on it. Well not literally, but you know what we mean. 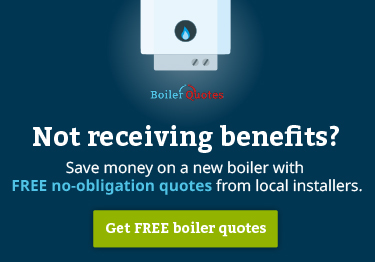 The boiler grant scheme, which sometimes goes by the name of ECO (that’s short for Energy Company Obligation), was introduced in 2013 to help millions of fuel poor households (those who spend more than 10% of their annual income on fuel) who struggle to heat their homes with old, inefficient and faulty central heating boilers.

If you qualify for the scheme you’ll receive a grant towards a brand new boiler which should result in cheaper bills – by up to £320 a year if you’re replacing a G-rated boiler.

Since February 2013 people up and down the country have been visiting Boiler Grants to see if they qualify for a free boiler grant. And with the prospect of another harsh cold winter just around the corner more and more people will be looking to take advantage of the scheme.

Although touted as a scheme to replace boilers for free when it was originally launched in January 2013, due to funding cuts more people are being asked to make a contribution towards their new boiler. The boiler grant will meet some of the cost and the householder will need to make up the shortfall.

Here’s a few more things you should know about the boiler grant scheme:

297 responses to “10 things you should know about Boiler Grants”