Millions of UK households are living in fuel poverty and numbers are on the rise. If you are one of the many struggling to afford to heat your home, you need to find out if you could be entitled to help from the government.

The Committee on Fuel Poverty recently reported that there are 2.55 million households in England which are living in fuel poverty. This is an increase of 210,000 since 2014 despite the government’s Fuel Poverty Strategy which was announced in 2014. 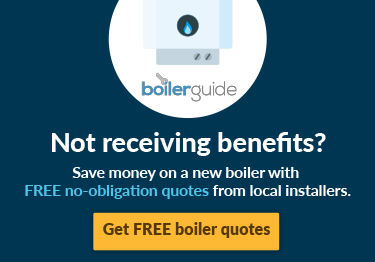 What is fuel poverty?

There are different definitions of fuel poverty depending on where in the UK you are. In Scotland, Wales and Northern Ireland a household is in fuel poverty when it needs to spend more than 10% of its total annual income on energy/fuel.

However, in 2013 the Department of Energy and Climate Change* redefined what was considered fuel poverty in England. Now a household is considered to be in fuel poverty if its necessary fuel costs are above the national average and spending that much on fuel leave them below the poverty line.

*The government closed the DECC in July 2016. Energy issues are now managed by the Business, Energy and Industrial Strategy (BEIS).

Why is fuel poverty rising?

In 2014/15 the government launched the Fuel Poverty Strategy in England which aims to improve the efficiency of ‘as many fuel poor homes as is reasonably practicable’ by 2030 to band level C. Unfortunately, it seems that this target is looking unattainable without an investment of billions of pounds.

The Committee on Fuel Poverty provides an annual update on the strategy and the latest in 2018 stated that ‘progress is stalling’. Over the last 10 years, the proportion of households living in fuel poverty has ranged from 10-12%.

The most important contributing factors to a home being in fuel poverty include the efficiency of the property, fuel prices and the household’s income. Fuel costs are continually on the increase and, unless the household’s income rises at a similar rate it leaves people with less disposable income to live on. A lot of homes are draughty which means a lot of heat (and therefore energy) escapes and many heating systems are aged and inefficient.

The 2018 Annual Fuel Poverty Statistics Report confirms that ageing, inefficient housing has a significant part to play in the rise in fuel poverty.

In addition, the report also found that almost 60% of households considered fuel poor are rented. In rented accommodation it is the landlord who is responsible for the expense of maintaining and replacing the heating and insulation, but the tenant who must pay for the running costs. This leaves many people in a situation where they cannot afford their heating bills but are not in a position to improve the efficiency of the home without persuading the landlord to invest.

To reduce heating bills we should be replacing heating systems with energy efficient models and improving the home’s insulation. However, both of these tasks require money, and when households are already struggling to pay for heating, spending money on new heating systems or improved insulation is unrealistic.

How to Cope With Rising Energy Bills

The best way to reduce your energy bills is to make your home more efficient for the long-term by insulating your cavity walls and loft, switching to low energy appliances and installing a new A rated boiler.

Of course, not everyone has the funds to be able to make these home improvements which is why the government offer grants to help low income households to pay for new insulation and/or a new boiler.

For example, households which meet the eligibility criteria and receive certain benefits can apply for a grant which will cover some or all of the cost of a new boiler. Find out if you could qualify for a free boiler grant here.

If you can reduce your energy usage this is another effective way to keep bills to a minimum. Simply turning the thermostat down by a degree or turning the heating on an hour later /
turning it off an hour earlier cold make a big difference.

Here are some other ways to ensure your heating bills are as low as possible.

If You Can’t Pay Your Bills…

Some people worry that their energy supply will be cut off if they can’t pay their bills. While this can happen in extreme cases, it’s viewed as a last resort by energy suppliers. If you are unable to pay your bill it’s always best to contact the energy supplier to discuss your options as they may be able to help you find a solution. For example, some companies have charitable organisations set up to help customers pay for late fuel bills.

It’s also worth checking whether or not you are eligible for the supplier’s Priority Service Register (PSR) which offers free support services to people with a disability, visual or hearing impairment, chronic illness or pensioners. If you are on the PSR, the supplier cannot disconnect your energy during winter.

The Citizens Advice Bureau can also offer advice on finding the best energy supply for your situation and can offer debt advice if you need it.

There are some government grants and schemes available which, if you’re eligible, could help you to pay your heating bills and/or improve the efficiency of your home.

Enter your postcode to get started